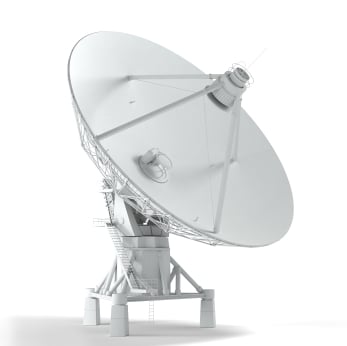 It was 1988 and my first company was nine years old. We were still only about ten people and just getting by every month. We had pioneered online bureau services in South Africa, done major software development, been early players selling PCs, done facilities management for big companies - but nothing had taken off, we had never broken into the big time. I was on a call to a supplier in the UK, trying to end the conversation (calls were expensive then). He chatted on, saying "I hear that you're looking to rewrite some of your bureau software. I've got a mate in London who's selling something called Progress Software that's doing very well".

At that moment, I heard a bell... I ended the call after getting a number for the company, and immediately called Progress Software in Boston. I got straight through to the VP for sales. We spoke for half an hour, and he promised to courier a demo system to me.... Within a few short years we were their third biggest distributor in world, and one of the biggest players in the 4GL/database space in South Africa, doing millions in sales.

Good entrepreneurs begin by listening, hearing something that is growing or that needs a solution...

You need to hear the bell first

Many people think that entrepreneurship starts with creativity, with dreaming up an idea. But it doesn't. Creativity comes after you hear the bell, in responding to that call. First the work of the ear, then the hands. 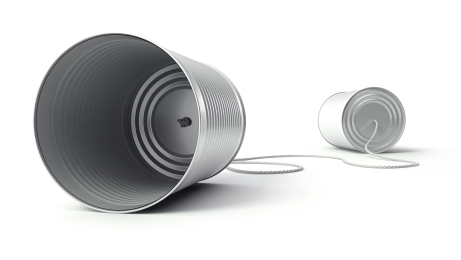 You need to be prepared to hear

Compare the tin can to the satellite dish above. The dish can hear faint signals from across the universe. It takes time to build ears like that. A baby and an adult hear the same sound, but the baby cannot tell what the sound means. I don't think I would have heard that bell, and the others I've heard in my life, without first spending years battling in the wilderness.

Listening can be looking too

Listening is not just a passive experience. You need to be in many places, open to many things, to be in the right place to hear the bell. I regularly riffle through all the magazines in checkout lanes and buy ones I would never normally read on trucks or fashion or farming, to hear new things. Drive through parts of your city that you have never visited, get out of your car, talk to the people, explore ... the bell can sound in strange places.